Way back in December, I started a new adventure and went on sabbatical. It’s been four months and things are progressing nicely. Here’s what’s happened over the last fourth months. [caption id=“attachment_1010” align=“alignright” width=“300”] 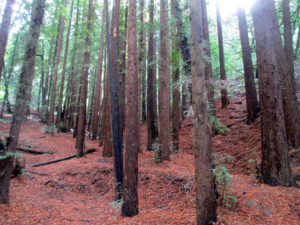 Took a Month Off

I spent December doing nothing and it was glorious. The whole month was a personal vacation. I was still at home, but I played video games, wore pajamas all day, and basically did whatever I wanted to do. Life was good.

Okay, so December wasn’t entirely lazy. I go to the gym regularly. I’ve been really happy going to Honest Training. Over December, I increased my exercise frequency. This helped me stay sane, even though I was intentionally trying to stay sane by doing nothing. As the sabbatical experience has gone on, I’ve gone from exercising three days a week to exercising five days a week. I’ve found that staying in shape has been important for this sabbatical - and it’ll keep being important as time goes on. Exercising regularly makes it easier to focus when I want to focus and easier to let go when it’s time to veg out. Part of the training is toward a specific goal, too. In May I’ll be doing the Reach the Beach ride. A few years ago, I did a 32 mile bike ride and that felt great. So now I’m getting ready to do a 50 mile ride. Having a goal hasn’t really changed how often I go to class, but it’s nice to have something to work for. Along those lines, too, I’m using a FitBit and MyFitnessPal to track my activity and calories - when you start exercising it’s really easy to overestimate the work you’re doing, eat a cheesecake, and completely undo the last week of work. I’ve become more aware of food, my hunger levels, and just how exercise affects my body.

I went on a vacation! Kendra and I spent two weeks travelling to Amsterdam, Morocco, and Barcelona. We didn’t even bring a computer! Later this spring we’re doing it again and going on a tour of Scotland. I vastly underestimated the power of vacations, especially vacations without computers. When we came back from our 2 weeks away, I was mentally refreshed and ready to jump back into life. It bears stating the obvious - taking a vacation and completely disconnecting from the day to day is valuable. When you can focus on yourself and having a good time, you’re better able to return to your daily life and get back at it. Which brings us to…

The Day to Day

After the first month of sabbatical, I knew that I had to get back to doing something. I don’t like sitting around idle and I knew that I need something going on. I’ve split my time between learning and fulfilling a couple of outstanding commitments. I had a SQL Server user group presentation in January and I’m presenting at SQLintersection in about a month. I spend 3 hours a day working on SQL Server material - writing new training material, revisiting existing content, and researching to keep my ideas on track. The other half of my day is spent learning. After more than 5 years focusing on SQL Server, I’m looking at other things. I decided to focus on JavaScript and Rust. I’m re-learning JavaScript because it’s a language I’m already familiar with, there’s a strong ecosystem around it, and I can reach out to my group of friends for help. To make life easier, I’ve been going through the tutorials at Code School. The structured tutorial format makes it easy to measure progress and make sure I’m getting in as much training as I want for a single day. Rust is interesting from a different perspective. I’ve been interested in systems languages like C and C++, but I’ve been frustrated by implementation details around pointers, memory management, and the terrible errors that you can run into just as a matter of course. Rust’s emphasis on safety is really exciting and a number of other language features have drawn me in. There’s a Rust Book available for free that is very helpful, and there’s an active community on both Reddit and IRC.

So Far, So Good

Keeping things balanced has helped me stay sane and focused during my sabbatical. Having personal projects and goals has also kept me focused and made sure I’m using my time effectively. Exercise and vacations provide a much needed break and reset. I still don’t know where things are going, but the journey is a lot of fun.

“Sabbatical” by David Silver is licensed with CC BY-NC-SA 2.0