I figured it would be fun to document the hardware and software that I use to get everything done on a regular basis. Even if it’s for nobody but future me, this should be a fun post to review later. [caption id=“attachment_1062” align=“alignright” width=“300”] 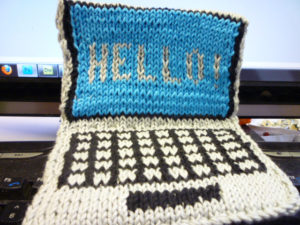 Pictured: the computer I actually need.[/caption]

I built the desktop computer myself, so it’s more of a parts list than a computer and it’s definitely overkill. Parts were chosen for the 1% of the time that I play video games rather than the normal use of the computer (browsing the internet). Short list:

As I said before, this system is complete overkill. The upside is that I don’t need to worry about much of anything - space isn’t at a premium, CPU is readily available, and RAM is close to limitless. Well, for my purposes these statements hold true.

My laptop is easier to describe - it’s a Dell Precision 5510 with the top options available. It’s total overkill for my purposes, but it works. Through some careful decisions and power tweaks, the laptop will run for about 6 hours on battery. While not impressive across the whole field of laptops, that is an impressive power figure for such an overpowered laptop. If I were buying the system again today, I would go for the recently revised XPS 13 with a brand new Kaby Lake processor. In the right configuration, it can allegedly run for about 11 hours off of the battery. Most things I do don’t require a lot of processing power, so I can get by.

Both of my systems are running Ubuntu 16.04 LTS. Technically, the desktop is dual boot, but that will likely change in the near future as I make some additional changes to my configuration. Dual booting is a colossal pain and it’s possible to get great game performance these days through wine and/or virtualization. Why Linux? I like it. I feel at home on a Linux system. I ran Windows 10 on both systems for the first 4 months of the year and it wasn’t a bad experience. Since I mainly use my computers for school work (software written to run on Linux systems), it’s just easier to be in the same environment all the time. When I need Windows, I spin up a VM.

I write nearly everything using emacs. After messing around with several other editors and not being happy, I spent a half a day and configured emacs to work the way I wanted. This mainly involved downloading spacemacs, adding and removing several layers, and changing a few additional settings. Almost everything else is done in a browser. I use Google Docs for presentations, documents, and spreadsheets. draw.io handles my diagramming needs. Google Play Music takes care of buying and listening to music (there’s even a desktop app Google Play Music Desktop Player). Outside of emacs and a browser, it’s pretty much a laundry list of command line tools and utilities:

“Hand-knitted laptop” by KateMonkey is licensed with CC BY 2.0